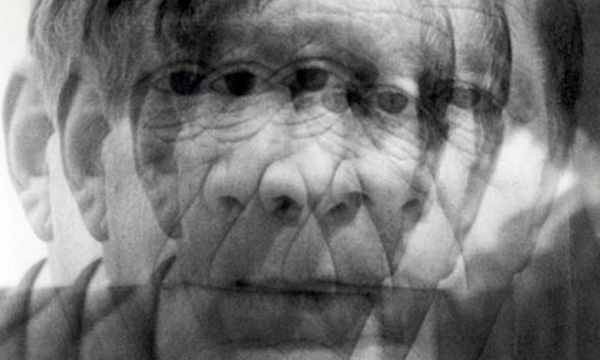 The Woodberry Poetry Room is pleased to feature an excerpt from Peter Howarth’s upcoming talk, which will take place on Tuesday, April 14th at 6:00pm. Howarth has spent this past year at the Woodberry Poetry Room and at the 92nd Street Y in New York City, researching the rise of the Modernist poetry circuit. Tomorrow’s event will include archival recordings by W.H. Auden, Marianne Moore, T.S. Eliot, and Dylan Thomas.

W.H. Auden’s poem “On the Circuit” features the classic description of the bleary, bad-tempered poet on a reading tour, hating it and hating himself for doing it. It begins with defensive scorn: the other passengers going their “lewd pelagian” way are trying to earn their way to the good life, while our poet is apparently the “airborne instrument” of pure grace. But his sense of predestination turns out to mean being trapped in the schedule imposed by his implacable agency. The comparison of himself to St. Paul, sent alike “to Gentiles and to Jews,” is more self-irony.  Auden, we gather by the end, is a travelling evangelist for poetry with a familiar whiff of the prosperity motive to him.

Meanwhile, the self-contempt begins to extend to his audience. The poetry fans he will read to are “fundamentalists and nuns,” members of rival poetry churches whose commitment locks them alike out of normal life. Reading to people like that is only ever preaching to the converted, and even if Auden’s readings are bringing poetry to some new listeners, there is something spurious about the whole set-up. The running metaphor of the reading as evangelism implies that whatever pleasures the poetry might offer, the occasion will inevitably frame them into personal call for moral regeneration. At the same time, the circuit’s saminess makes any sense of personal address a theatrical illusion. In lectures, Auden used to say that real poetry begins not with description but the vocative, the I-to-You relation. By that score, the endless, anonymous well-meaning faces before the circuit reader mean the the whole business of poetry is being faked.

Still, Auden has chosen to read this aloud, for an Academy of American Poets series in Manhattan, where a multi-denominational audience has paid real money to hear him. In the audience also is the Academy’s redoubtable secretary, Auden’s friend Betty Kray, who had been his first tour manager some six years before. and who is largely credited with establishing the poetry-reading circuit as a possibility for poets other than agency-backed celebrities. In the 1950s, she worked on tour schedules for E. E. Cummings, Marianne Moore, and Robert Graves, and on observing the poor rates of pay that cross-country tours gave less famous poets, set up the first regional touring circuits to make booking a poet as easy and as businesslike as booking a string quartet. To her and everyone else, Auden gives his usual, slightly uninvolved reading, as if he were enunciating something slightly unfamiliar: one line and then a pause, never moving over a linebreak, a style which gives little sense of the panic or self-contempt that the words are talking about (“Is this Amelia where I must –/ How Graham-Greeneish…”). And yet the pause in the punchline tells you Auden knows they will love it, which they do. This poem is for the circuit, as well as against it.

Why does Auden choose to insult his audience so fondly? He is telling them that they can mean nothing to him, while the act of telling takes them into his confidence. Perhaps the patient uninvolvement of the reading is a piece of financial honesty, not just a failure to engage. “First Things First,” as several of Auden’s poems of the period insist, and the collection which first prints this poem will go into some detail about the fixings of his new house. But this gesture is being made on stage, to an audience who are made to see at that moment where the American kitchen being installed in Lower Austria came from. For those aware of Auden’s connections with Brecht, this theatrical moment of frame-breaking exposes them as accessories to the crime of art reduced to bourgeois entertainment, and their laughter its accomplice. It couldn’t be a poem for the radical performance scene. Being read aloud makes it more like the scenario familiar from Auden’s poetic dramas where the audience turns out to be guilty for watching. “On the Circuit” puts its finger on a discomfort that is not special to Auden, though. Given that so many modernist poets gestured towards and lectured about unalienated art, how did they reckon with the new theatrical packaging known as the poetry circuit that became popular in the 1950s?