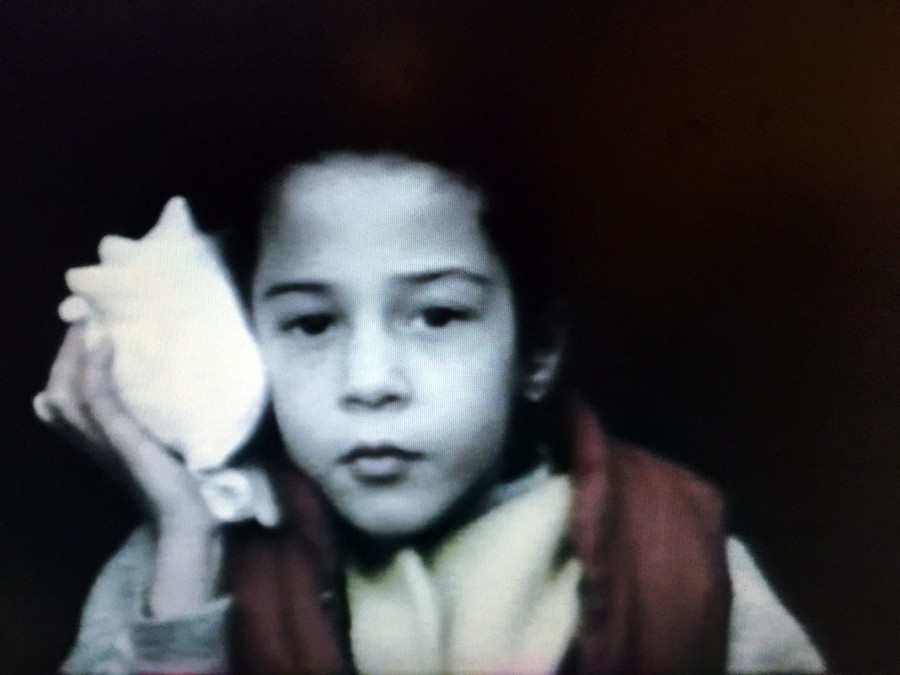 The Poetry Room is honored to reprint an expanded version of scholar Keith Jones’ introduction to Fanny Howe’s recent presentation of three short films, made in collaboration with Sheila Gallagher, John Gianvito, and Maceo Senna.

We are here tonight to see and discuss how and in what astonishing ways Fanny Howe’s turn to film extends, illuminates, and crystallizes her poetics, her politics, her attentions and beliefs, and the wondrous philosophical lucidity of her thought.

While tonight is an occasion to see three of Fanny’s films—new iterations of each, incidentally—I do want to emphasize that to think her filmic practice requires us not to consider it as a departure from her essays, her novels, or her poetry, but rather as further evidence of how fully her genius lie in making genres overlap and misbehave. If we imagine genre as a territory, she is the trespass figure at its margins.

Without preempting your own experience, I will say a few words about each film in the interest of providing something of a context for considering together and thinking through their many marvelous instances, their textures and atmospheres, their affects, and their charisma. For those of us who are already in awe of the way her fiction and non-fiction, prose and poetry collapse, entangle, and fuse, I trust you will find in her films this evening that fabulous, transportative spell she casts over words and images, conveying us through rich complicated worlds wherein paradox is permitted, but love and hope and goodness remain.

1.
In tonight’s opening film, “Brigid of Murroe: A Wonder Tale” (shot in 2014) sound is the first thing, like breath. It begins with Gaelic, a vatic incantation. We enter as if in an underworld, on a land bridge of ice, a mythic melting away to a taxonomy which brings into being a teeming new world, which is Ireland. This is Fanny’s (and Sheila Gallagher’s) inhabitation of St. Brigid’s birth.

There are rapturous blurrings, edgings, admixtures of sound and voice and image. It is a total picture of the porousness of life forms, all leaking light flaring up scrawling their effects on water, affinities bloom as with the origins of all things—which are never singular, never punctual and never closed. We are, the film tells us, still in the event of Brigid’s birth.

There is a wonderful keeping of time, of being in and out of time, a beautiful braid of past and present.

In a glorious crescendo-like moment, the narrator will say,

“There were several Brigids by the time she was ten and ready to leave Murroe. They multiplied through the shafts of air one going one way another going another here and there around the countryside.”

We are left to ask, Are there many mystics or one, a mysticism or many? Are all pasts and futures dream-states of now?

The film is a gorgeous proliferation of hope, of origins without end—this is its wonder and triumph.

2.
The second film we will see this evening—“What Nobody Saw” originally shot in 1987—begins with a baby wailing, outside the thing the camera’s eye is confronted with—a pregnant mother’s womb and navel. It is shot as if a wedge of moon, the infant’s originary place of sustenance, half in eclipse. Indeed the film begins under the sign of things severed, of relations in disrepair. The weariness of Robert Creeley’s voice adds a perfect measure of alarm. He will say, at the film’s opening,

“A true revolution is always beginning, or about to…”

We are in a fallen world, a world of dereliction, “the new cannot be added on” we are told, but it is there. It is there in the rendering of its ruins as a present overfilled and crumbling by the weight of a future to come that is already the past we have yet to recover from or move beyond. This improbable, baffling fold of time, where past and future temporalities touch is Fanny’s exquisite gift.

The film has an eerie science-fiction feel in that Tarkovsky sense of images, cultures, peoples that are at once torn out of time and returned to times that are strange to them.

As the film’s eye takes in the debris of its world, the narrator will ask, “Is God a help?”

The introduction of color, when it comes, renews the film’s diegetic world, but we’re lost again, looking at a child looking in at us, looking to us, perhaps, but the connection’s lost and she nor we can decipher the signal.

The film starts again and stops, cuts, returns, is hand-held, is still.

In that mercurial end of the day light, in all its symbolism, where or what, the film asks, is order, is truth, where or in what lie our obligations to others?

3.
The final film we will see, “Be Again” (shot in 1992) opens on Killiney Hill, Dublin, with a strong deafening wind and the wood pigeon’s coo. The voiceover begins just as a figure appears before us who we assume is the voice’s embodiment—an old man, on his proverbial three legs, two feet and a cane. Then the film, for the first time, pauses. The voiceover continues but we are left for a moment with a silhouette of an old Irishman leaning into his cane just about to take a walk that we will follow him on. We don’t know whom we are following or what he is a figure of.

In this film the camera is in Fanny’s hands, and she is following a figure with whom she will never catch up. We drift behind, seeing what she sees but only from a distance and only from the outside. Even the voiceover, which typically permits access to a character’s interiority, will not serve that function here.

There are utterances, and they are beautiful, but they could have been spoken by any noumena within the film’s diegetic space, the sky the clouds the wind the cypress tree, the ocean, the arbor, for each seems sealed off, one from the other, the narrator just another in-dwelling presence among them. He says, “If you were wondering how the world came to such a sorry state, examine how you came to be what you are.”

What we do know is that the film pauses repeatedly—by my count seven times. There’s even this magnificent stutter roughly three minutes in where the camera doesn’t seem to know quite what to do merely to linger or to fully pause, and it feels writerly, like we’re watching a sentence written over again, but softly. There’s thus this kindness and fondness to these pauses, for when the camera rests it’s as if we, too, are given a moment to catch our breath, to gather ourselves and our thoughts. And yet they’re never quite that long enough. Indeed we never fully catch up to the old man who was always already ahead of us, vanishing into the very trail that is the aura of his character.

It does feel as though these moments of pause are scrupulous efforts filmically at pinning down the lifting and fluttering of being’s gown, the effervescence of flesh, the gravity of the body and its warehouse of bones, the spirit and its flight, always just ahead of us.

This figure, it would seem, has only his memories, and we come, when we do, belatedly.

4.
Fanny has quoted Simone Weil as having said, “The beings I love are creatures. They are born by chance.” I want to think of these films tonight as creatures born of chance, and I hope you, too, as I have, learn to love them.