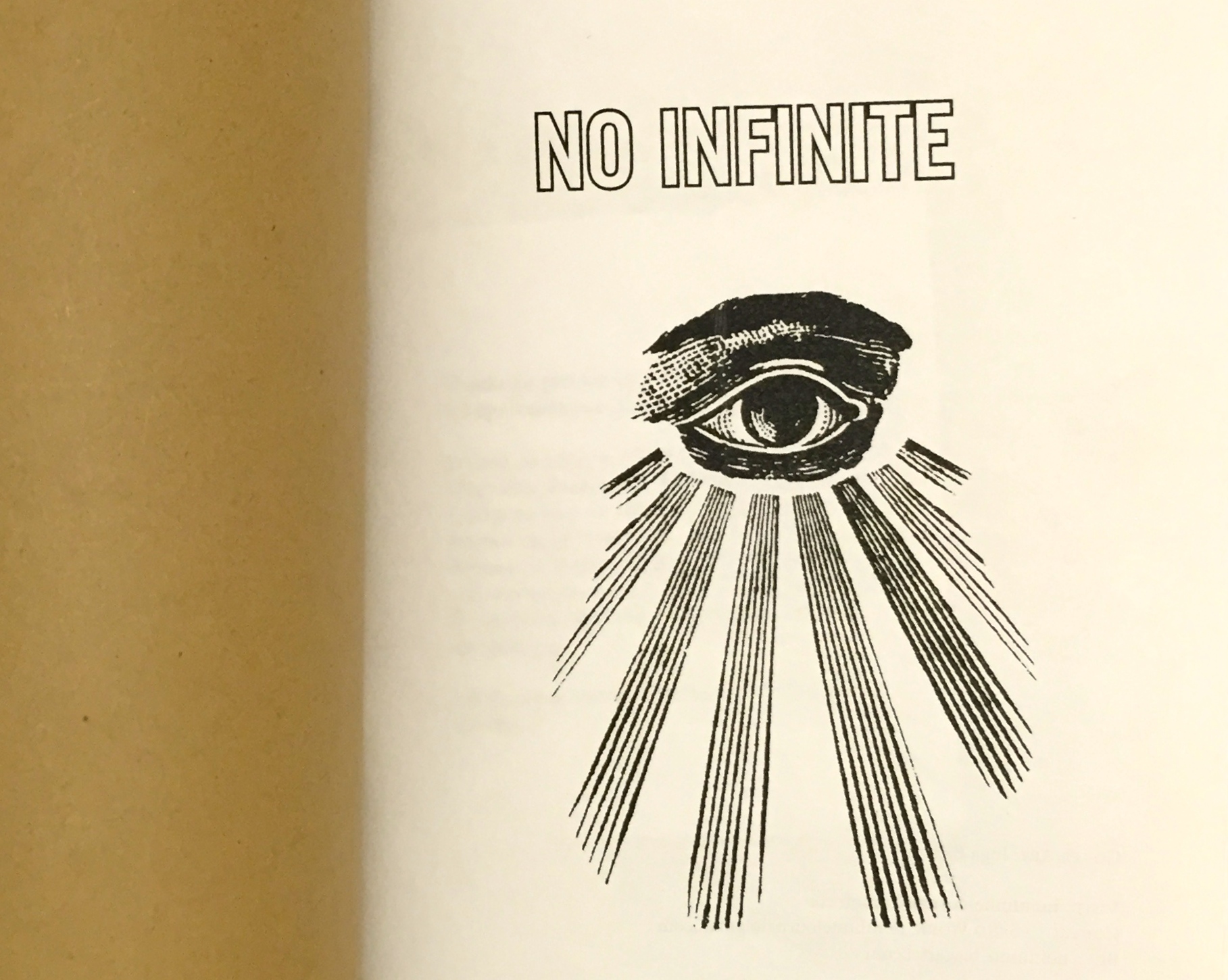 Produced in hand-numbered limited editions, containing original black-and-white artwork, printed on simple white paper and staple bound, No Infinite self-consciously situates itself within the zine tradition defined, in look and feel, by Punk, the 1970s pamphlet which lent its name to that emerging musical/social scene. This is an aesthetic and practical choice, no doubt—but it’s also an ideological one. The first issue’s manifesto reads, “No Infinite is born out of the lost illusions of the 21st century, the failure of infinite growth on a finite planet and numbed to near death by indolent economists and out of touch politicos.” To a certain extent, No Infinite attempts to distill in poetry the anarchic, alienated philosophy generated by Punk all those decades ago. 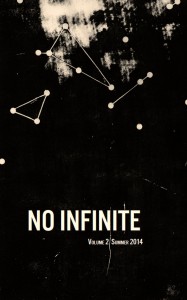 But the zine aesthetic is also misleading. Compared with the enormous array of thick, softcover, nationally-distributed journals—which themselves vary widely in artistic and editorial quality—a zine’s modest production naturally gives the impression of an amateur project. And many of them are. However, No Infinite belongs on the top shelf, beside the Balvenie 12 yr. and all those better-funded (and institutionally-backed) journals. 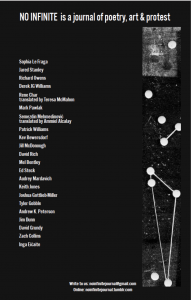 The poetry in No Infinite offers a diversity of aesthetics, techniques, and concerns that will surprise some readers, particularly those who consigned “political poetry” to the dusty attic of the mid–twentieth century. There’s an idiosyncratic elegy for Lou Reed, new translations of René Char and from the Anglo-Saxon, vis-po Futurism, conceptual writing, and more typical lyric poems. “The Beginning,” Anne Boyer’s translation of Venezuelan author Victor Valera Mora, presents a convenient verse counterpart to the editor’s manifesto:

We are forced to speak
in the most furious languages.
Make poetry an angry rifle, be unforgiving
to beauty.
There is no other way:
the fall of one fighter for the people
hurts more than the collapse
of all imagery.
When the people take power, we will know what to do
as long as the world is ours.

“I’m interested in the political tradition of poetry and poetries of dissent,” says Manning, “Brodsky, Lorca, Levertov, etc., and wanted to bring together radical voices that I admire. Poetry, for me, is an art that is shared in small groups, and a literary journal is a kind of community.” 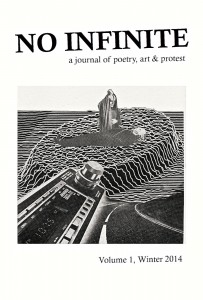 The journal grew out of Askold Melnyczuk’s Literary Editing and Publishing course at UMass Boston, where editor Mitch Manning earned his MFA in poetry while also organizing the Graduate Employee Union. He was inspired by Boston’s long independent publishing tradition. Boston has a distinct literary genome without an overbearing aesthetic, as well as a robust, often utopian political culture. The zine’s manifesto claims John Wieners’ Measure, Gerrit Lansing’s Set, Cid Corman’s Origin, William Corbett’s Pressed Wafer, and James Cook’s Polis, among others, as influences—but it could equally trace its literary-political lineage back to Margaret Fuller’s The Dial and William Lloyd Garrison’s The Liberator. 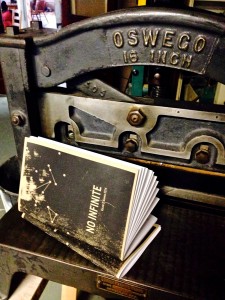 Manning’s hope has been to produce, in his own words, “something printed that can be shared, and which represents a certain historical or political moment.” No Infinite does that, and more. It offers a snapshot of our crooked era, brimming with corruption, political failure, and ecological disaster. But it responds to those faults with poetry that’s electric with imagination, perhaps enough to realize a utopian future. Interested readers will find PDFs of the first two issues at the No Infinite website—where they are both free to download—and in their truer form on the shelves of the Woodberry Poetry Room.