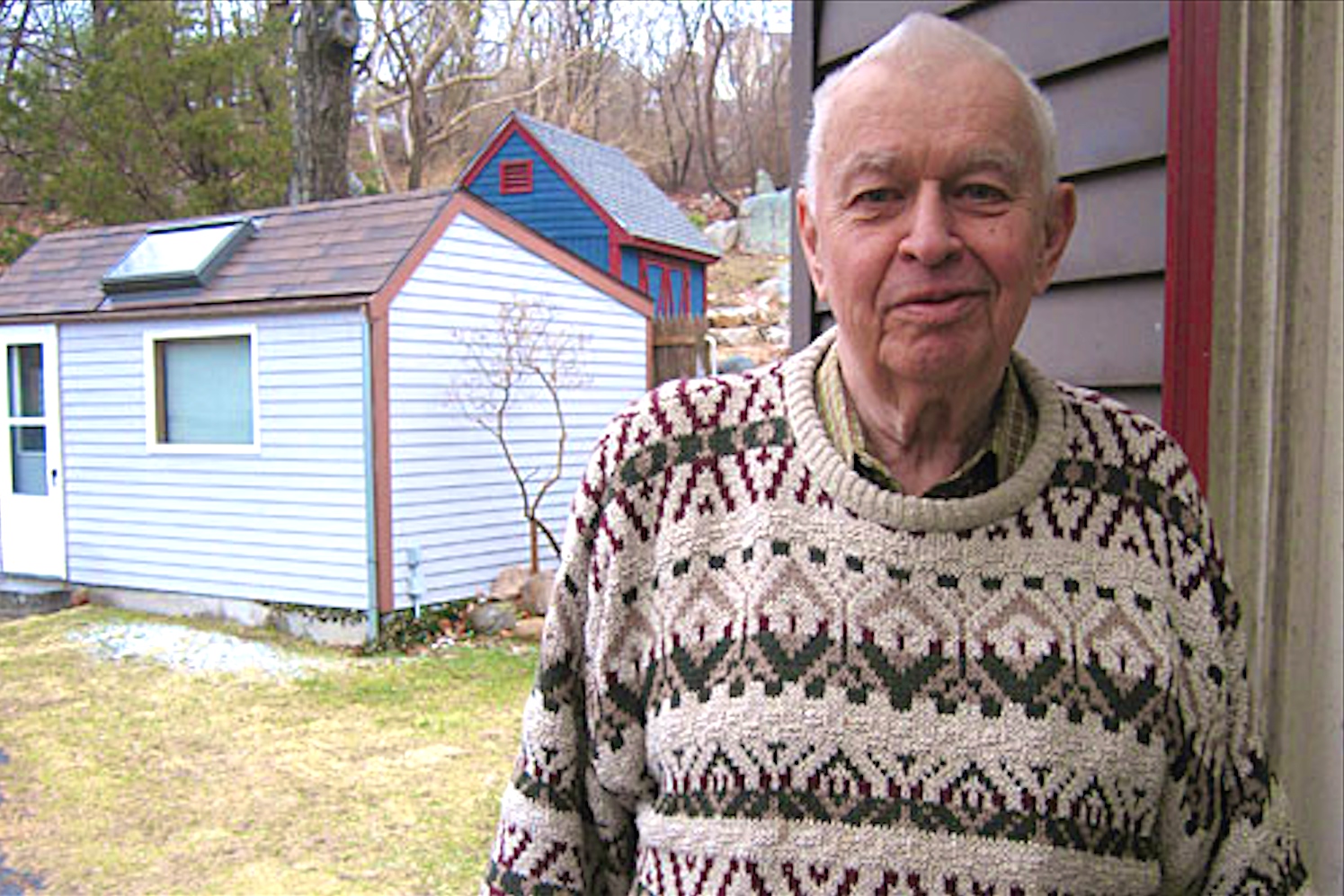 Due to the unprecedented weather conditions in Cambridge, we have decided to postpone Gerrit Lansing’s previously scheduled event tomorrow. But, lest we let the snow get the last word, we wanted to share with you the introduction that Ruth Lepson had planned to give at the event, by way of celebration.


1. His family were early settlers around Albany; a village nearby, Lansingburgh, was named after them, a town where, I might add, Melville lived, studied briefly, and courted a girl.

2. Gerrit himself grew up in the township of Bainbridge, Ohio, on a farm, where he was in charge of the chickens.

3. He came across Jung at Harvard, and later in New York met the secretary of the Bollingen Foundation, which published Jung. In the summer following that meeting, he took a train from Rome to southern Switzerland, where he attended the Eranos meetings (eranos meaning ‘love feast’) on symbolical, archetypal and mythological themes, and continued to go to the Bollingen in NY while he was working at Columbia in the publications department.

4. He’s delved into alchemy; his poetry is a kind of alchemy, and Mircea Eliade asked him to translate his great work The Forge and the Crucible into English. 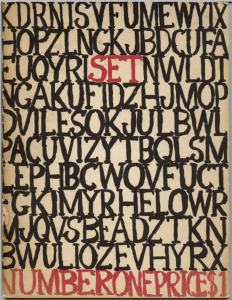 5. He edited SET, a journal of Modernist poetic and metaphysics. His books include Heavenly Tree, Northern Earth, and A February Sheaf, and he collaborated with Nora Ligorano and Marshall Reese on the art book Turning Leaves of Mind.

7. He collects mushrooms, sometimes in the infamous Dogtown, the abandoned inland settlement of Gloucester and Rockport, where he has been known to give tours, and he’s an herbalist. 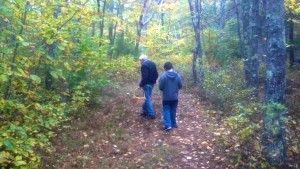 8. His partner Deryk Burton was a yacht captain, and now and then Gerrit acted as a hand on various yachts, docking in Fort Lauderdale for extended periods. They lived for awhile in Annapolis, moving (in 1982) to Gloucester, where Gerrit had lived in the 60’s.

9. He has been a friend to Charles Olson (who had dinner with him regularly when Gerrit lived at Hammond Castle and when Gerrit had his own home), John Ashbery, Robert Kelly, Allen Ginsberg, Ken Irby, Robert Creeley, Diane di Prima, John Wieners and other essential innovative poets of our time, and is more often quoted in their books than his deep modesty allows him to mention. 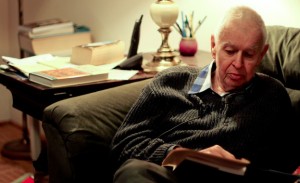 10. His calm pervades the room and his encyclopedic knowledge makes us all run to the next stimulating books. He was a partner in both Circle West Books in Annapolis, Maryland, and Abraxas Books for ten years in Gloucester, both antiquarian bookshops.

11. Emerson was one influence on Gerrit, but it’s impossible to list all the influences, so wide-ranging are his knowledge and the depth of his understanding. He knows the history and practice of Tarot, Eastern and especially Western magic, gnosticism and hermeticism, Daoism, Vedanta and Zen, and wicca, sometimes speaking at esoteric gatherings in Salem on subjects unknown to and hidden from most of us poets. Certainly he’s a poet of the imagination and of non-dualism and eroticism. Add to that deep reading in depth psychology, phenomenology (especially of the Merleau-Ponty type), natha–a tantric form of yoga, linguistics and social theory, ecstasy and enstasy, the imaginism of Douglas Fawcett, Carl Ruck and his study of ecstatic ritual, Wallace Stevens, Coleridge, and Yeats, whom he loved but whom, he realized, it would be deadly to imitate. 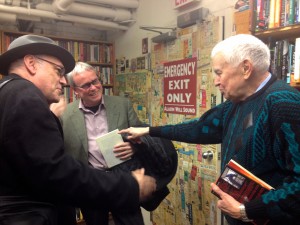 12. He lived a wild, yet disciplined artistic life in New York, with frequent trips to California, Vermont, and New Orleans. As he says, “New York was initiation into street and nightclub life, mind movers and Jungian analysis.” Yet he managed to receive a Master’s in English from Columbia, completing a thesis on Dogma and Natural Symbol in a Seventeenth-Century Vision: A Study of Henry Vaughan’s “Regeneration.”

13. His life and his poetry are inseparable. He is rarely rushed or upset, whether having heart surgery, giving one of his informal parties, editing someone else’s work, going to flea markets for books, heading to his favorite occult bookstore in Maine, or entertaining the stream of visitors who stay in his home or his guest house out back, or walking on a Saturday morning with Jim Dunn and his dog. 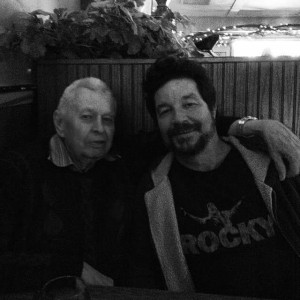 “I like to delve into the sympathy of all things,” he says. “It seems to me that love feelings can best be expressed in poems.”