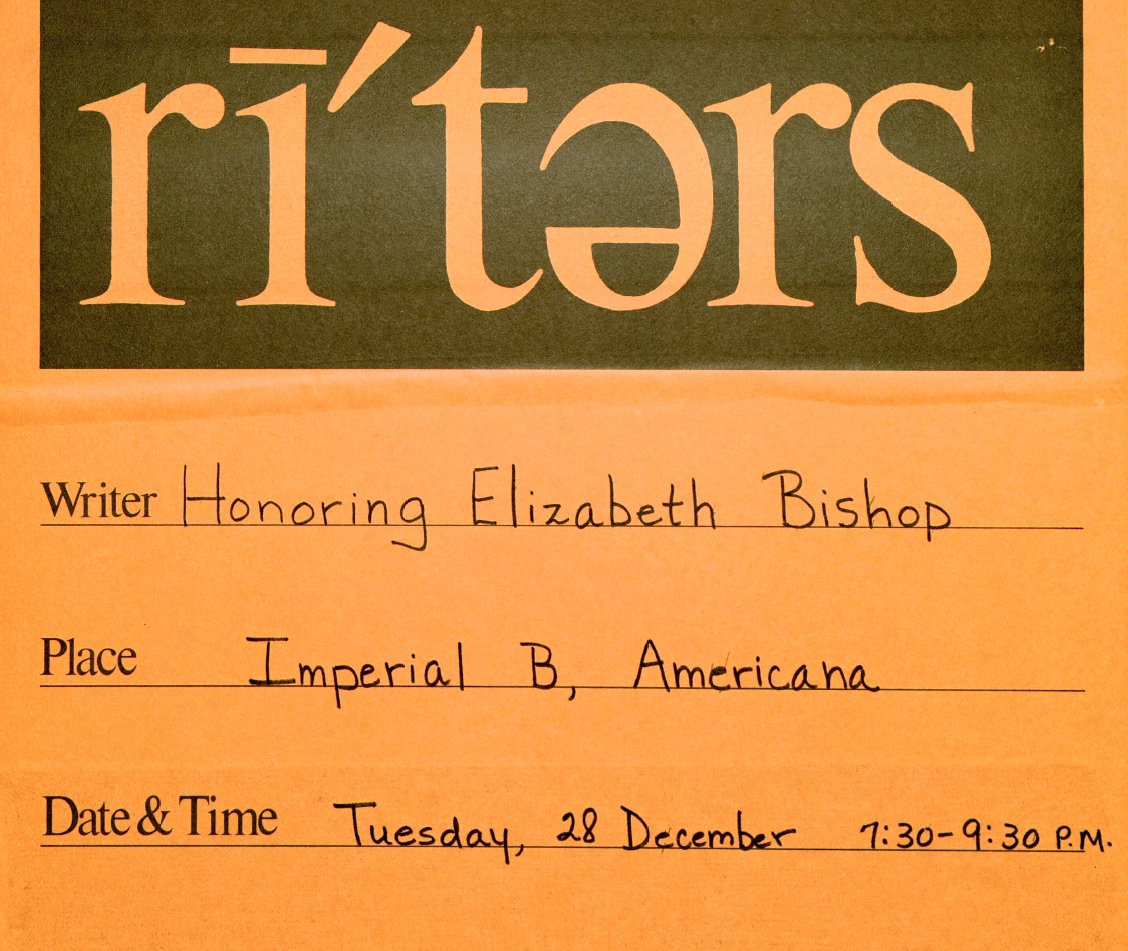 For the 1976 Modern Language Association Conference at the Americana Hotel in New York, Sybil Estess, who had recently acquired her Ph.D. from Syracuse University and was one of the first generation of students to write a doctoral thesis on Elizabeth Bishop, put together an ambitious multi-part tribute celebrating Bishop and the publication of Geography III. To the best of my knowledge, this was the first academic conference to so honor Bishop, and the range of the undertaking was rare even for the MLA. In a morning session, Estess herself moderated a panel of young Bishop scholars—Edward Hirsch, Willard Spiegelman, and me (it was my first academic paper about Bishop’s recent poems).

In the afternoon, there was another literary session, with Estess again moderating, and which included four senior figures: Ivar Ivask (the editor of Books Abroad discussing Bishop’s being awarded the Neustadt Prize), Marjorie Perloff, Jerome Mazzaro, and Ashley Brown, plus William Meredith reading his charming homage, “Invitation to Miss Elizabeth Bishop.” These talks were followed by a performance (only the second) of Elliott Carter’s recent setting of six Bishop poems, the song-cycle A Mirror on Which to Dwell (his first new piece of vocal music in some twenty-five years), sung by soprano Susan Davenny Wyner and played by the eminent American new-music group Speculum Musicae, the artists to whom Carter dedicated the piece and who’d given the world premiere earlier that year.

Bishop was, let’s understate, suspicious of the academic world and refused to attend any of the talks. During that afternoon academic session, before the Carter performance, she slipped across Seventh Avenue from the Americana to have the famous corned beef hash (hence the title of this post) at the Stage Delicatessen (her favorite) with her friends, the celebrated duo-pianists and memoirists Arthur Gold and Robert Fizdale. Aside from delivering my own paper, my major function at the conference was to race over to the Stage Deli immediately after the senior scholars had finished their talks and fetch Bishop back to the Americana ballroom for the Carter performance.

Bishop admired Carter and knew him slightly. So she was very interested in hearing the piece. But she didn’t like it—she couldn’t really grasp in what way it was responding to her poems. It’s characteristically difficult Carter and also a very personal piece for him. In his setting of Bishop’s autobiographical animal poem “Sandpiper,” for example, about an “obsessed” bird “looking for something, something, something,” the lead instrument is the oboe, Carter’s own instrument. The cycle has come to be considered a Modernist masterpiece, but that has taken time, and for Bishop, this first hearing was bewildering.

After the musical performance, Bishop herself was introduced and gave a reading of her poems, mostly major poems from Geography III, her brand new book (“Poem,” “In the Waiting Room,” “The End of March,” and “Crusoe in England”).

She didn’t like to read and was the first to admit that she wasn’t a good reader. But by 1976 she had overcome some of her public self-consciousness and I remember this being one of her superior readings, partly because of the choice of poems, among her most personal. The concert and reading were very well attended, not only by members of the MLA but by her friends and admirers from the broader public.

One outcome of these MLA sessions was the volume I edited with Sybil Estess, Elizabeth Bishop and Her Art, which included several of the papers presented at those sessions and which was the very first collection of material about (and by) Bishop. Bishop herself advised me about some of the contents and both she and James Merrill contributed charming short poems. This project was initially greeted with coolness by a number of presses—a sign that Bishop had still not been widely recognized as a major poet. But in 1982, when Donald Hall was beginning a new series of critical books, called Under Discussion, for the University of Michigan Press, he asked to publish this volume sight unseen as the first volume in the new series. He did, of course, read it before it was published in 1983 and, happily, did not regret his initial decision. 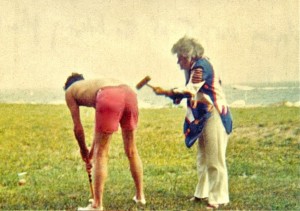 CURATOR’S NOTE: To read Sybil Estess’s wonderful account of the same MLA Special Session, visit our website. Please note: The cassettes that were digitized feature Bishop’s reading at the outset of the session (not, as narrated in both of these accounts, at the end of it). Per our curatorial practice, we have retained the order that is present in the received media format.