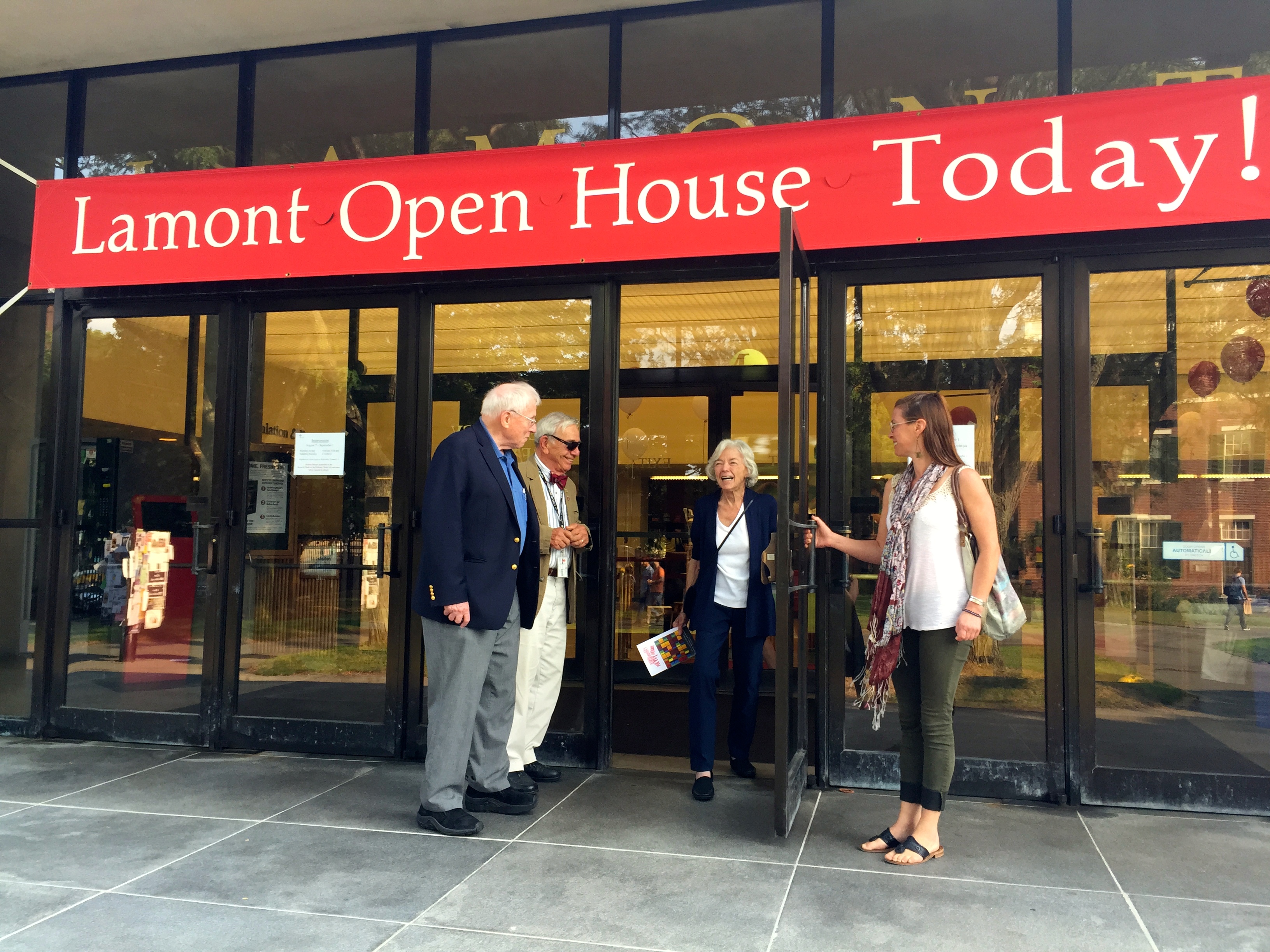 This week, on the very same day that hundreds of incoming students descended upon Lamont for the Freshman Open House, five members of the Harvard/Radcliffe Class of 1955 ventured to the Poetry Room (after meeting with President Drew Faust) to formally donate a chapbook of poems they’d created to the WPR collection. What might have been a brief meet-and-greet evolved into a deeply compelling and memorable hour of sharing and mutual learning. 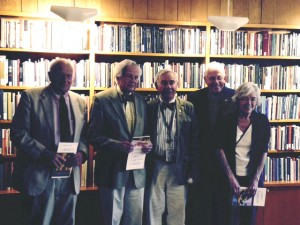 For one of the chapbook contributors, Jean Hardy Little (Radcliffe, ’55), the day marked the first time she had ever entered Lamont Library, which women were largely prohibited from entering until 1967. Harvard Medical School senior lecturer Robert Blacklow (AB ’55, MD ’59), a fellow contributor to the chapbook, recounted how male undergraduates would prop the Lamont door open with a chair and bring female students the books they needed. The women would  “straddle the threshold, with one foot in the library, and one foot out,” and read the texts that they could not otherwise get a hold of. 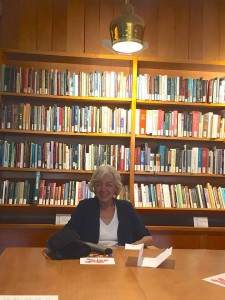 As Little and Blacklow shared their experiences and joined in an impromptu rendition of a rousing chant (“When the Radcliffe Revolution comes/ […] We’ll have a ladies restroom in the basement of Lamont…”), a young female Freshman (Class of 2019) listened in with astonishment and offered to take some photographs to commemorate the occasion.

Contributors to the chapbook include physicians, war veterans, high school teachers, MacArthur recipients and even a Pulitzer Prize-winning poet (Allen Grossman, AB ’55). Created in conjunction with the Harvard Alumni Association, and with artwork donated by Malcolm Montague Davis (AB ’55, MAR’58 ), the publication marks the first poetry collection produced in the association’s 175-year history—the Harvard Alumni Association was founded in 1840 and first presided over by John Quincy Adams. 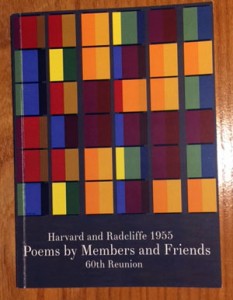 Sitting around the Aalto table at the Poetry Room, a myriad of memories emerged. One of the contributors, Renny Little (AB ’55), who currently lives in Robert Frost’s longtime home on Brewster Street, reflected on Frost’s unflagging capacity as a raconteur: apparently, if Frost hadn’t finished a story by the time a student had walked him back to his West Cambridge home, he would walk the student all the way back to campus. And if he still hadn’t finished it, he would resume it exactly where he had previously paused when next he saw the student. Blacklow also recalled being Frost’s physician at Harvard Medical School in 1961: he said euphemistically that he wasn’t an “easy” customer. 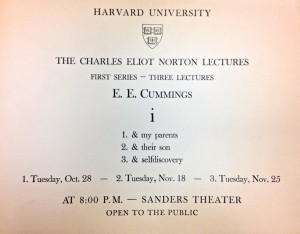 After hearing the Chapbook Committee’s vivid reminiscences about hanging out with fellow undergraduate John Updike at Lowell House and their memories of listening to the Vocarium recording of T. S. Eliot for the first time (“he was SO monotone”), the curatorial staff described some of its current work to preserve the Frederick C. Packard, Jr., Collection (which includes over 1,500 Harvard Vocarium discs and test pressings—among them, Eliot’s first recording—as well as Packard’s Speech Clinic recordings).

On mentioning Packard’s name, Blacklow’s face lit up. A memory was triggered:

“I stuttered quite badly as a child, and my father was on the clinical faculty at Harvard Medical School.

He had access to people, and I was sent to Packard.

Packard would record my voice and play it back to me. He had several students like that. And he put them on disc like that [pointing to a phonograph record], and I’d hear myself. He’d have me read the Gettysburg Address, and put it on again. He taught me breathing techniques and everything. Packard and I went to his office, which I’m trying to remember where the office was….”

Interjection by WPR Curator Christina Davis: “… At Holden Chapel? Or the Germanic Museum.”

“Yes, the Busch-Reisinger Museum, this would have been between 1945 and 1948. Whenever my parents would take me there, I was told there was a Harvard professor before me. Later when I was an undergraduate I was told to meet with a certain faculty member to discuss how stuttering might affect my life and recognized him as the Harvard professor who always had the appointment prior to mine with Packard. Here we were, a Harvard professor and myself, sitting in his office at a table like this one stuttering the hell out of each other!”

This summer the Woodberry Poetry Room received a Hidden Collections grant from Harvard Libraries to create a comprehensive Finding Aid of the Packard Collection, which will comprise not only his pioneering Harvard Vocarium records, but also the surviving Speech Lab recordings and miscellaneous unprocessed discs featuring everything from surgeries to marching bands to U.S. Generals learning Japanese circa 1942.

The visit from the Class of 1955 representatives reawakened us all to a vital era in Harvard’s literary history and in the history of recorded sound: an era (to quote a Boston poet of that period) that had us “by the ears.”