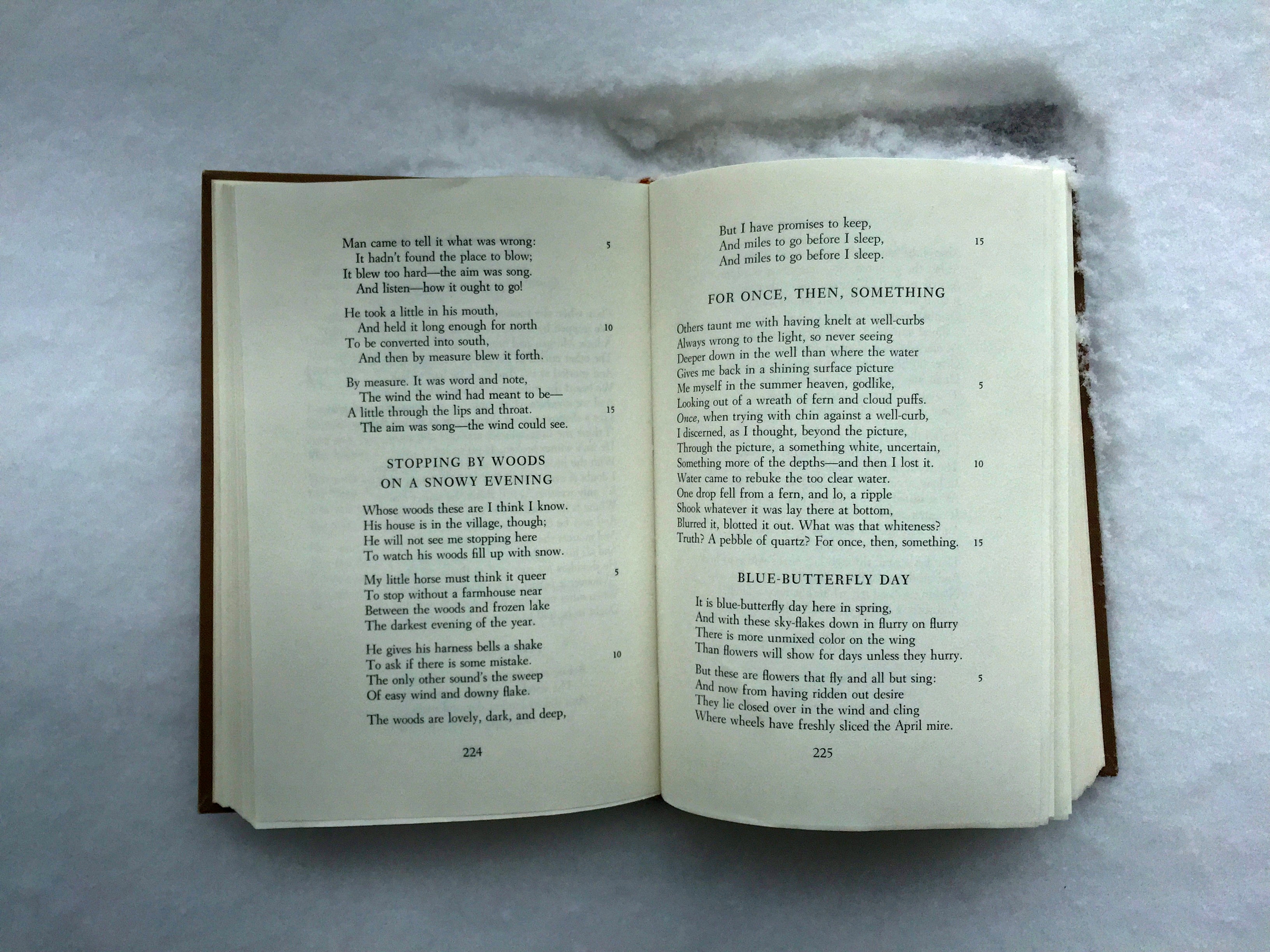 For the last 20 years of his life (from 1941-1963), Robert Frost lived about a mile’s walk from the Woodberry Poetry Room, at 35 Brewster Street in West Cambridge. Word has it that when undergraduates escorted the (seemingly) elderly poet home from campus, he would be so engaged in a story he was telling that he’d proceed to walk the students straight back to Harvard again….

Today, mid-blizzard, and with the Poetry Room closed, I decided to stretch my legs and trudge down Brattle Street. As I approached the bend toward Brewster, I could hear Frost’s voice (from a March 13, 1962 recording in our collection) saying:

“Now… you know, I know what you’re all thinking, I’m thinking it too: Can a poem get too worn, you know, so much said. I wonder how many people in this crowd never read it—“Stopping by Woods”? You never heard it? [he pauses to count hands] That’s one…. Don’t be ashamed! [laughter in the audience] See, if I could only find a few people who hadn’t read it… “The Road Not Taken,” how many heard that? [pause to take poll] Yes, all right. This is between us, you know, this is very confidential.” 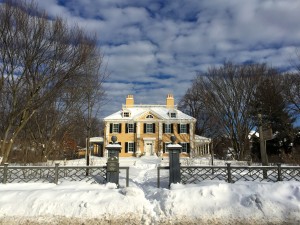 And then, after amusing himself—not to mention, the Harvard Advocate audience—with the cautionary tale of “poor Longfellow, who lives up my street, or used to live up my street” and the demise of that poet’s popularity, Frost reflects on the first time he himself shared “Stopping by Woods on a Snowy Evening.”


I’ve always been struck by the verb he chooses (“said”) and what it indicates about his concept of that communication. To say something is to relate it to reception, dialogue, give and take, response—just as the horse in the poem responds to the driver’s actions “and asks if there is some mistake….”

I’m also intrigued by the way in which he at once situates the reading in a long and weary history of having said it (and prognosticates a future in which the poem is no longer received) and at the same time seems to renew the poem for himself in that moment (note the speed with which the poem “takes off” around the “harness bells” line) by re-enacting its very first recitation to, and rapt reception by, a young girl. This 1962 rendition of “Stopping by Woods” is read with a kind of rapidity with which Frost doesn’t often imbue it—like a breathless and giddy child trying to repeat something shortly after memorizing it.

Or, one might say, it is as if he is trying to get through the poem (like the snow and woods are to be gotten thru, the liminal terrain, the -ing of it) to reach the next possibility of speech…. 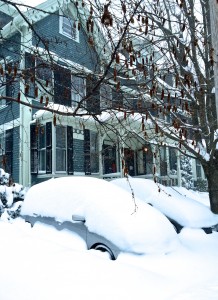 NOTE: Due to Frost copyright restrictions, we are only able to make a portion of this recording available online: those interested in hearing the reading in its entirety are welcome to come to the Poetry Room and listen to it on our in-room iPad. For more information, please visit us at hcl.harvard.edu/poetryroom.