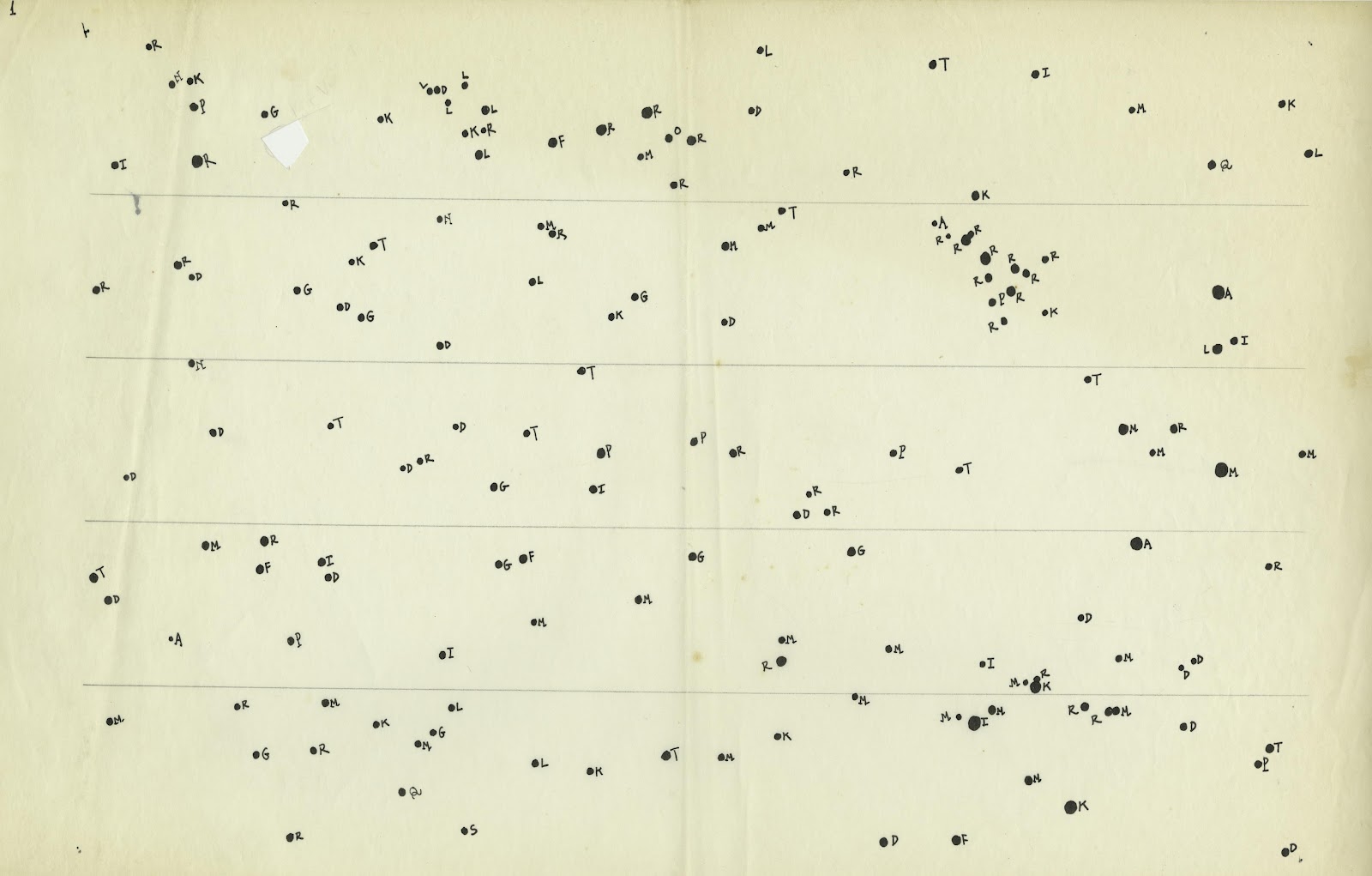 An abridged version of this introduction was delivered at a reading by Ed Roberson and Joseph Donahue, sponsored by the Woodberry Poetry Room, Harvard University, on March 2, 2016. To watch a video of the reading and introduction, click here. The title is derived from Will Alexander’s Compression & Purity (2011).

It is a profound honor to introduce Ed Roberson and Joe Donahue, two poets who have enormously enabled my own writing and thinking, influencing me in ways I am still trying happily to discover. They are poets for me, and I trust for many here this evening, whose work is of such an astonishing, acute clarity and force that reading them is to learn how to inhabit the world, our world, more wholly; it is to learn, as Donahue’s most recent collection suggests, how to have our “ear turned to the earth / hearing the roots, / the rocks, the layers / of sediment, the residue / of oceans and heat / torn off from a star” (Dark Church, 151). The way these poets each mark and move between earth and world, fingering, attaching little arrows to those places, those wounds, where earth and world touch, the injuries that their coherence often means, while honoring the beauty there, too—this is their extraordinary dispensation. They are, of course, different poets, each utterly uncommon in his way, and yet, in part, what makes them each so singular is precisely the relations they share. No two poets remind me more, for instance, of George Oppen, especially if we consider the following lines from Of Being Numerous (1968),

So small a picture,
A spot of light on the curb, it cannot demean us

To talk of the house and the neighborhood and the docks

Oppen places “art” in quotes in order for us to understand that his “love” is not artifice; that it is real, not subordinate to or in the service of his poetry, but rather that his “love” for the streets, for everyday things and “everyday people,” in Sly Stone’s great phrase, is the source of the poetry itself: is what poetry is. No earth-bound thing too small, too crude, too incidental not to exalt, not to refuse to be “demeaned” by. If Oppen’s is a love of earthly things that restores to the earthly the glow of that which halos what we care for, and, in caring for, transfigure both it and ourselves, then we are in that same presence of poetry’s source this evening.

For it is a kind of everyday divine verse that these poets make. Theirs is a glinting, at times blinding, subtle, fluctuating world of poesis. We are ever in the presence of transfiguration in Roberson’s and Donahue’s poems, alive to and witnessing what Donahue calls “all those / tatters of the creation” (Terra Lucida, 8). To each poet, the simplest thing becomes like “luminous debris” in Gustaf Sobin’s magisterial sense, a relic, a ruin, a Poundian or Olsonian hieroglyph. Take, for instance, a chicken’s bone that becomes for Roberson, in a poem dedicated to Hafez, an instrument of revelation:

the word inside of who is
coming and who is gone.
A bone’s been once inside gives

out onto a landscape of beyond.
There, the flesh can be touched in a sound,
his name, a craft of memory, a song.

(To See the Earth Before the End of the World, 86)

What is happening out there in the poem isn’t outside us. As the poem intimates, that “landscape of beyond” was always the itinerary of the bone, but so, too, were its musics, the way its former “flesh can be touched in a sound.” It is sheer magic travel we do as we move across these lines, traversing interiorities and exteriorities, jumping species, shuttling between temporalities, while inhabiting quite concretely scales that shift in a hair’s breadth between the infinitesimal and the cosmic. This is a vision which cultivates the bringing into view such entanglements, the spaces between, the absences of space, where and how they brush against one another, overlap, silences made to speak, vast bodies and phenomena, enormously scaled, made intimate with our own. The speaker in Donahue’s poem entitled “transit” will write, “I can feel the shadow / of the planet Mercury / drift across / the failing fire” (Terra Lucida, 37).

This is a Blakean vision, a poetics founded deeply on an invitation to see, to see spatially, to see chromatically, as Roberson suggests, and to inhabit the knot of time, to crisscross it catechistically, as Donahue suggests, noting, as he puts it, that we are still in the time of revelation. Indeed, we should take heart that, as the speaker of Donahue’s most recent Dark Church declares, in these poems “the curse of incarnation / is lifted” (246).

The longer we read and the more we dwell in the places these poets have built the clearer it is to perceive that these are structures not of walls but windows, the lines they write are like portals through which earth light, the light of stars intercede, interrupt, illumine that brief thing we are as body, as mind, as inhabitant of earth. The figures of these poems, the speakers, are always at or in liminal spaces, staring out of windows, looking up or looking down, moving in and out of doors. No borders pertain in their work. What registers instead are those thresholds, rigorously thought, of life, of death, of instances in their phenomenological density, of every memory we are and erasure that we make, or is made of us as bodies. For what Roberson’s and Donahue’s poems remind us of, in their inimitable, vatic ways, is how what we write with the one hand we erase with the other—that what gets erased, we might say, lies in our very Othering of others and of Otherness itself. Fragments, ruins, blurs, “dissolves” (as the previous series of Terra Lucida was called)—is all we have or are or make. In the final crescendoing pages of Dark Church the poet tells us what these poems are and for whom they have been written, an antidote, in fact, to whatever might feel like sadness or despair:

a cosmos con-
secrated to beauty,

a heaven
of annihilation

studies the depth of the dome,
whoever looks up

In these poems pain arrives in radiance; it is also ministered to with benediction. Indeed, Roberson will suggest the stars themselves as a kind of “poultice,” which, he writes, is like “a crust that when lifted off / dissolves what is the pain of / for us / us” (To See the Earth Before the End of the World, 31). It is a complex metaphor, the stars above us like a scab that must be pulled from our ontological selves, the star chart we think we’ve made more our own self-injury, a drawing too near of our horizons, than what we might have otherwise been or yet might be as earthlings.

In part, what I’ve intended to draw out tonight is Roberson’s and Donahue’s deep convergences in a comportment to what I would call planetarity—that is, an interest in and attunement to the life of the life of planets, by which I mean the is-ness, the ontologies of planets, of the lives, the life forms, the imaginal horizons and possibilities of thought, of consciousness, which planets by their very nature constitute and are indistinguishable from.

The planet is the whole tree, as Emerson might say, and not just sticks of timber. The poet’s work is to ornament us with the eyes inwardly to see such outward relations. Or, as Roberson says of the moon, “It exists in the same space as us,” a sentiment, a trans-planetary sense, which is, for me, a crystallization of what I mean by planetarity, a feel for space and time, for the various dispersed porous ontologies that we are.[1]

If you do not see on these gentlemen a wand or cape, a space suit, or what Donahue at one point calls “ambrosial robes,” bear in mind that one thing they teach us is not that there are things invisible but that we must cultivate the habit of seeing what Wallace Stevens called the “nothing that is not there and the nothing that is.” Such is the poet’s task, such is the gift of the poets this evening.