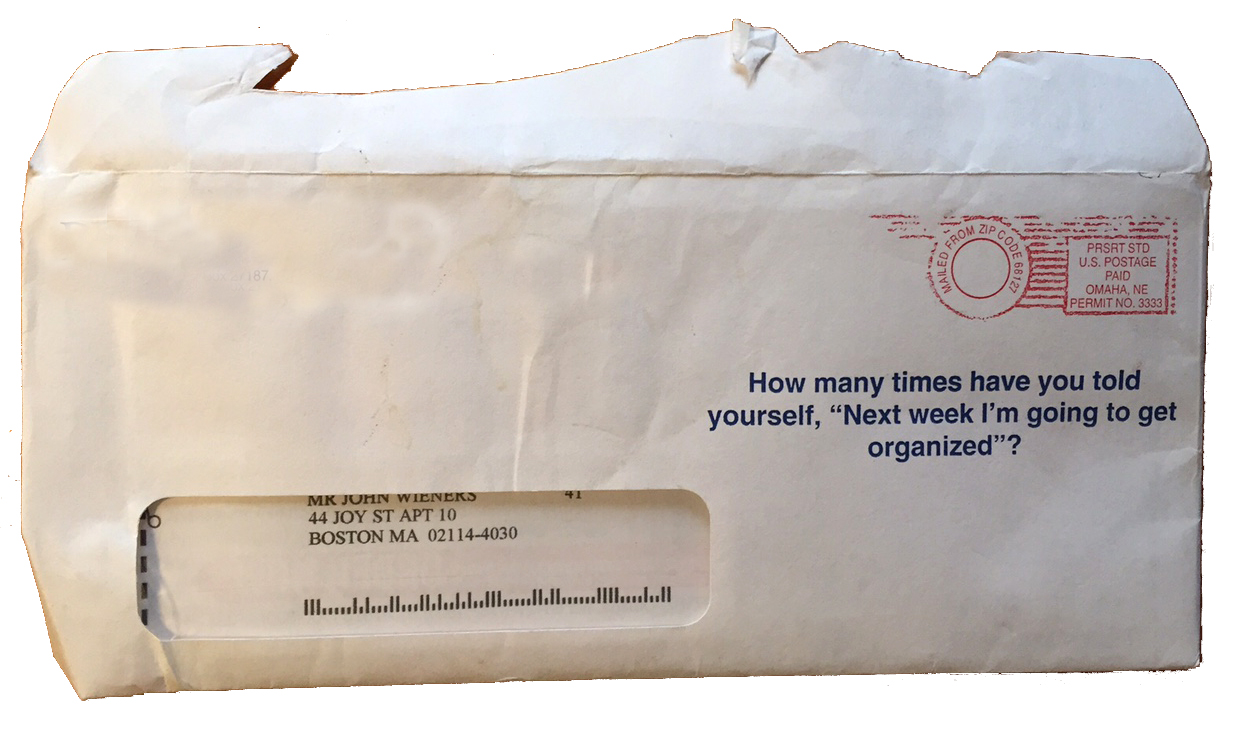 John Wieners and I spent much time hanging out in his apartment at 44 Joy Street in Beacon Hill. It was a ramshackle, railroad apartment with bamboo patio furniture and exotic crazy collages on the walls. There was a modest shelf of books and piles of papers and folders stacked in a shifting order throughout his three rooms. I spent a great many hours thumbing through his fantastic array of personal items, handwritten poems and marketing literature, as well as postcards and letters from his friends and family. 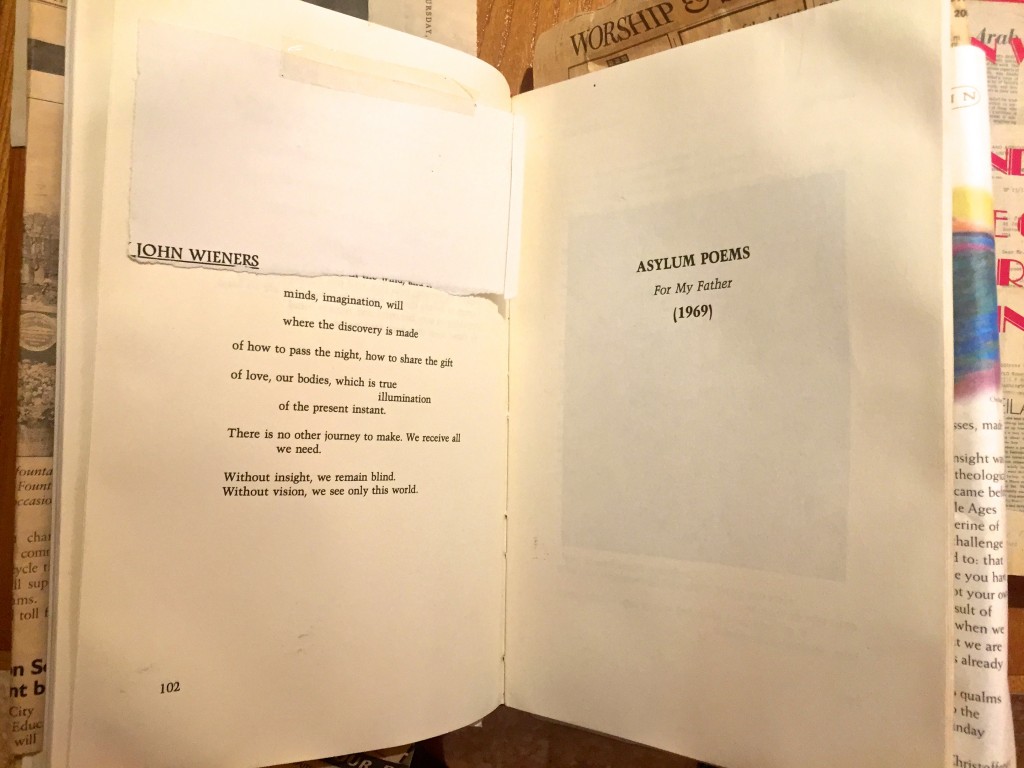 Wieners’ copy of his SELECTED POEMS: 1958-1984, collaged with materials throughout. Courtesy of Jim Dunn.

John would cut and paste these images and articles inside copies of his own books. His texts would become scrapbooks of decoupage collages composed of everything around him. Although they would appear, at first glance, to be random assemblages of junk mail and articles cut from newspapers and magazines, one would gradually see a pattern of transposing and pasting his dreams over the reality of his printed work. So, over the years, I assembled this collection of books and magazines, mostly given to me by John himself. 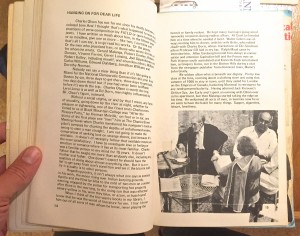 EP/CO photo taped into “Holding on for Dear Life.”

John actively engaged with his own work on a very visceral and physical level. Beyond stuffing his texts with the various ephemera of his every day existence—and pasting pictures throughout, which frequently contained hidden personal meaning—he would often revise published poems on the page, in his own unique Catholic penmanship. John’s active relationship with his books was ongoing and speaks to the fact that he was constantly reworking, collaging, covering and uncovering poems and pages in his books to a point where some copies are damaged beyond repair. But in John’s world the books were not damaged, they were improved—with new edits, cameos of movie stars, poetry-reading flyers, a copy of his own birth certificate and whatever else held secret import to him at the time. 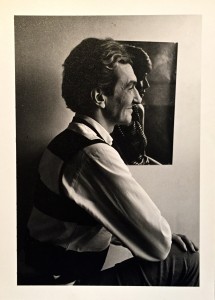 This exhibit contains a small but important cross section of John’s personal books along with some of the curious odds-and-ends found within. It also includes some rare pictures of John (some with the image of his friend Joanne Kyger shadowing him) taken in New York in 1968 by Brooklyn photographer Jerome Mallmann. The installation also includes the original red-leather notebook that his friend Charley Shively recalls “Bill Berkson had given John, who was locked up in a Long Island asylum in 1969. (Wieners wrote his Asylum Poems from that unhappy place.)”

There’s also a curious pen on display that John no doubt received free from a marketing company. The pen is covered with John’s name repeated on it in many different fonts and colors. This is the pen with which John, unwittingly, wrote his last words. After his death in 2002, his cousin Walter and I went up to his apartment to have a look around. The apartment was particularly dark and silent that evening. We walked to John’s bedroom, towards the back of the apartment. On his desk, sat the pen and the last note he wrote to himself about waiting for Charley Shively to arrive to pick him up for a party on Blossom Street, in the old West End, just blocks from Joy Street. The last line was “Charley to pick me up downstairs at 4:30.” I asked Walter if I could have the pen and the note, and he graciously gave it to me.

We walked slowly down the stairs of his apartment for the last time in silence, carrying a few boxes of what was John’s world. Over the years I have continued to collect anything and everything John-related, knowing that he was a rare and beautiful genius and his work, whether collaged, edited with the heavy pen of its author, or stuffed with junk mail, would always shine forth.

Curator’s Note: “I Have You by the Ears: John Wieners Ephemera” will be on view from Sept. 10-Dec. 1, 2015, during regular Poetry Room hours. We wish to thank Jim Dunn for his incredible generosity in permitting us to present these items.