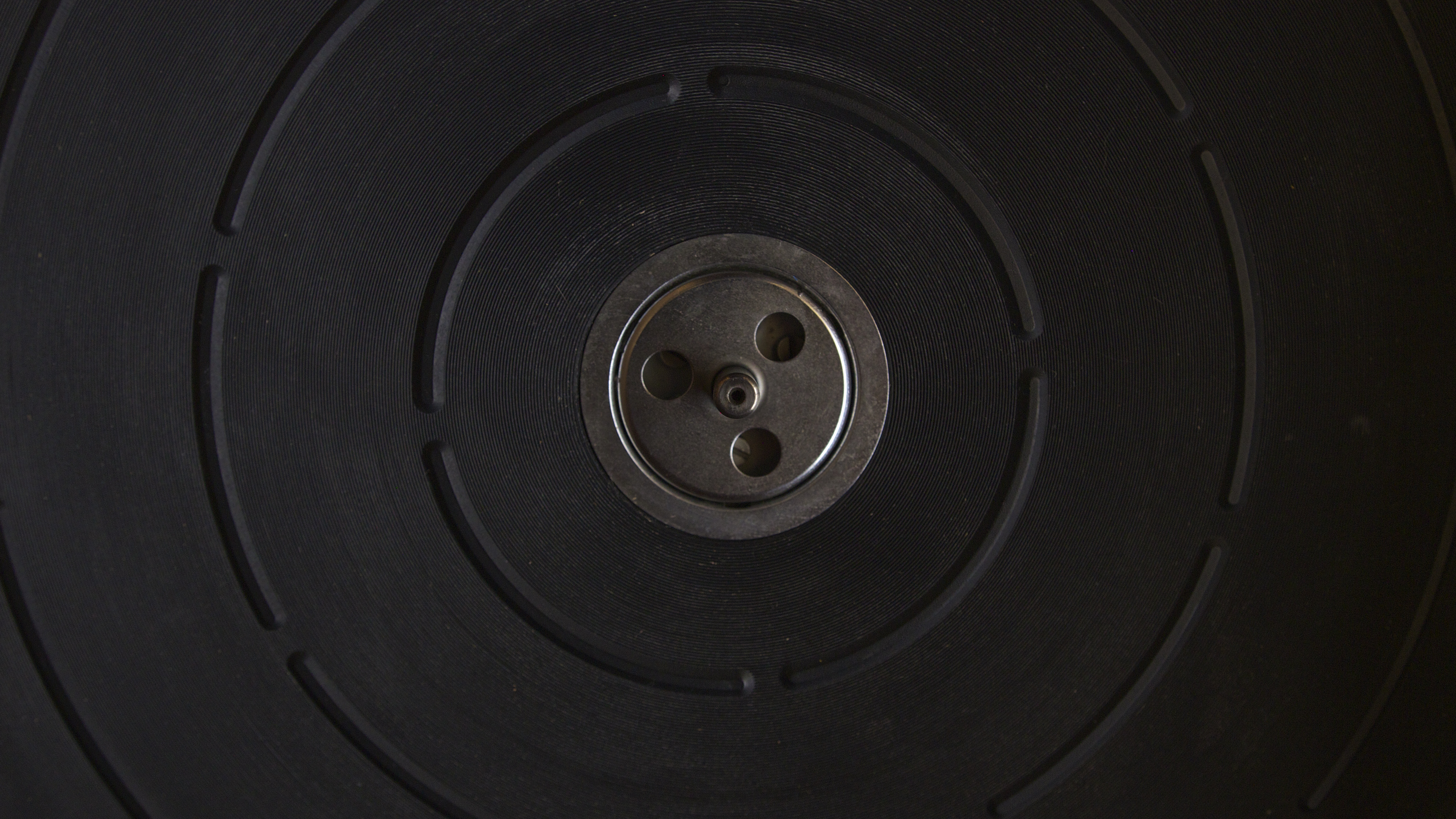 In the 1930s, two projects at Harvard brought the rapidly-advancing technology of sound recording to bear on poetry. In 1933 and again in ‘35, classicist Milman Parry traveled to Yugoslavia to make phonographic recordings of Balkan epic poets, documenting the performers’ use of formulaic expressions to structure and link long passages of epic recitation. Showing the capacity of oral poetry to match the length and complexity of the Homeric oeuvre, Parry’s recordings lent strength to his theory that the Iliad and the Odyssey began in Mycenaean oral tradition. In the very same years Parry trekked to the Balkans, Professor Frederick C. Packard, Jr., established the Harvard Vocarium as a recording label devoted to the expressive possibilities of the human voice. Beginning with the recording of Norton lecturer T. S. Eliot in 1933, Packard inaugurated a pioneering campaign of poetry readings and attendant audio recordings, which continues today in the program of the Woodberry Poetry Room in Lamont Library. 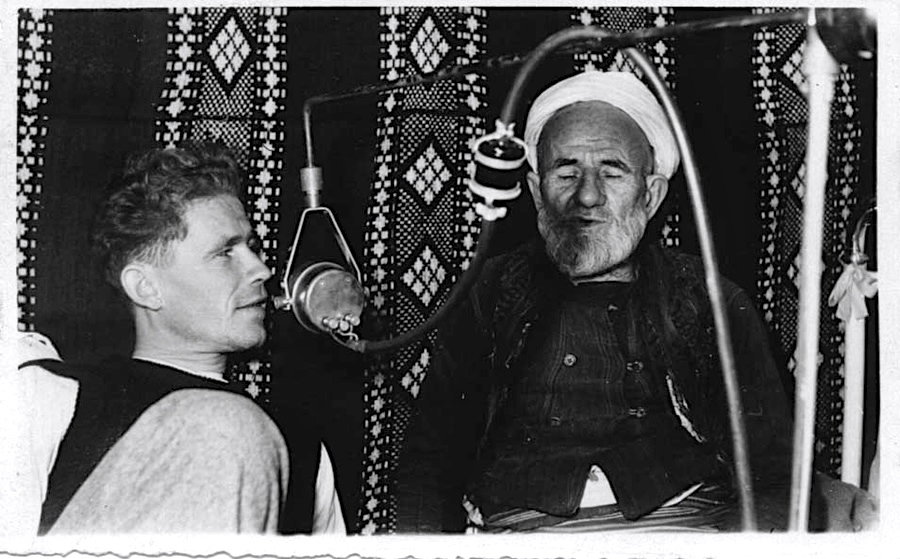 Both Parry and Packard’s efforts also produced archives, the holdings of which embrace the media archaeology of the twentieth century, from grooves in metal phonodiscs to the dipoles of magnetic tape to the formal logics of digital audio files. I find it enlivening to think how these archives, begun in the same time frame, took poetry as it were from both ends at once—reaching back to its roots in the longue durée, embracing the acme of its expression in the contemporary moment. Through the brittle exigencies of technology, they indexed sweeping transformations in the ways of the word, drawing our most charged and figured utterances into murmuring intimacy. Ineluctably material, uncannily temporal, these archives proffer responses to some of the questions that poetry shapes as form and performance, while posing uneasy questions of their own about time, the human career, and the community of the voice.

Christina Davis offered a resonant phrase recently, remarking to me that poets are ambitious for the language. The poet wonders, worries, writes a bit; she struggles with saturnine and lucent forces, forms a singular expression, exercises that ambition for the language (which she hopes, perhaps, will meet with an ambition of the language as well). In recordings, we may catch the effort of these calisthenics, the echo of release in the timbres of transcendent particularity. Such qualities of the recorded voice, I want to say, are inviolable. But the recording also emerges as an artifact, a thing at loose in the world, registering its own account in the economy of matter and time. And a thing will swerve and stall; it bumps into other things, relinquishes itself in bits and pieces, leaves its own traces on the world. 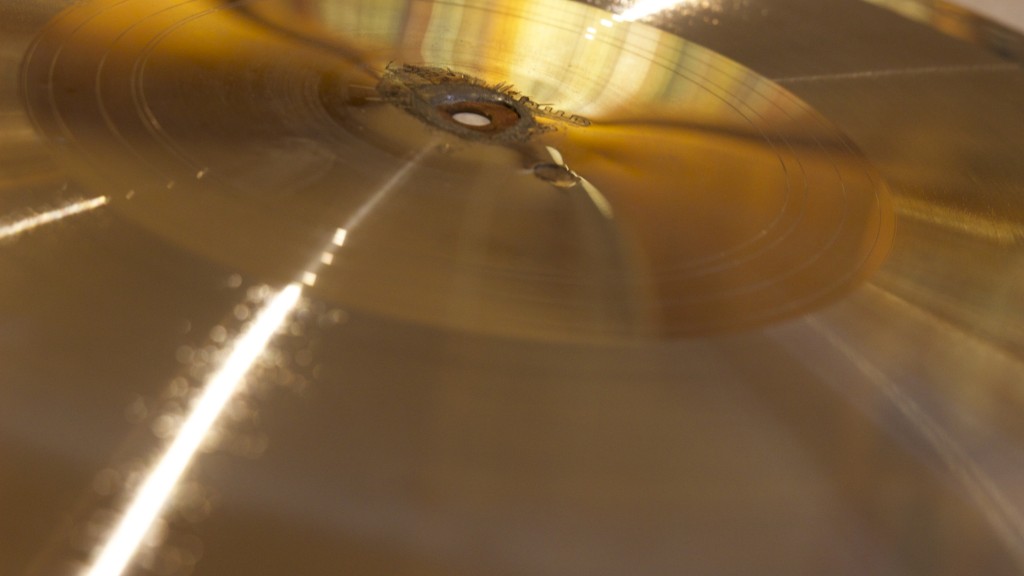 Rilke wrote of his childhood fascination with the phonographic phenomenon: the way a needle tracing the path of an etched groove could be made to produce sound, music, a voice. It was the groove, the nature of it, which captivated him—this unremarkable and seemingly arbitrary trace of a pattern in the world, which could yet be made to speak. In recording technology “we were confronting,” he wrote, “a new and infinitely delicate point in the texture of reality, from which something far greater than ourselves, yet indescribably immature, seemed to be appealing to us as if seeking help.” Technology can grant a kind of access, however partial and provisional, to such nature; but it is the artist, applying the “five-fingered hand of his senses,” who embraces these natures fully and draws them into community with the human. 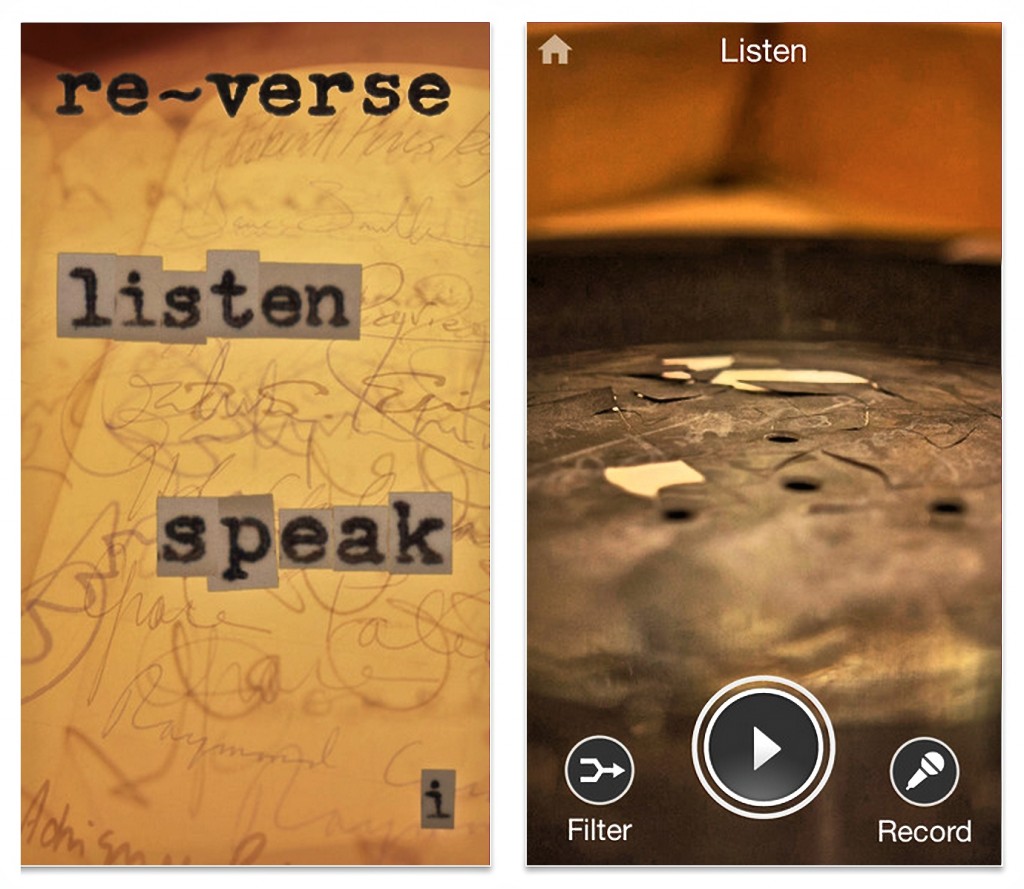 Re-Verse iPhone app by Halsey Burgund, in conjunction with the metaLAB at Harvard.

It’s with such considerations in mind that I embarked with Davis, in her role as curator of the Poetry Room, to partner with composer and sound artist Halsey Burgund on re~verse, his participatory, location-based sound installation. Accessed by a free iPhone app, re~verse arranges fragments of recorded poetry around the gates of Harvard Yard. Through it, poets’ voices well up in hushed and imperative fragments, beckoning users to contribute their own words to a growing, unfolding work of art. The Poetry Room provided the sound recordings, all of which were created at Harvard, from which Burgund chose and curated a selection for the initial launch of this app. Additional iterations of re~verse will integrate and transform a wider selection of recordings.

Burgund’s work invites us to encounter these recordings as objects in the world, things which forge relations to one another and to other acts and things in time and place. Provisionally and unfoldingly, re~verse invites us to trace afresh that connection between poetry’s origins in utterance and the works of its most revered makers—and compels us, gently, to bring the five-fingered hand of our own sensibility to bear on the outcome. 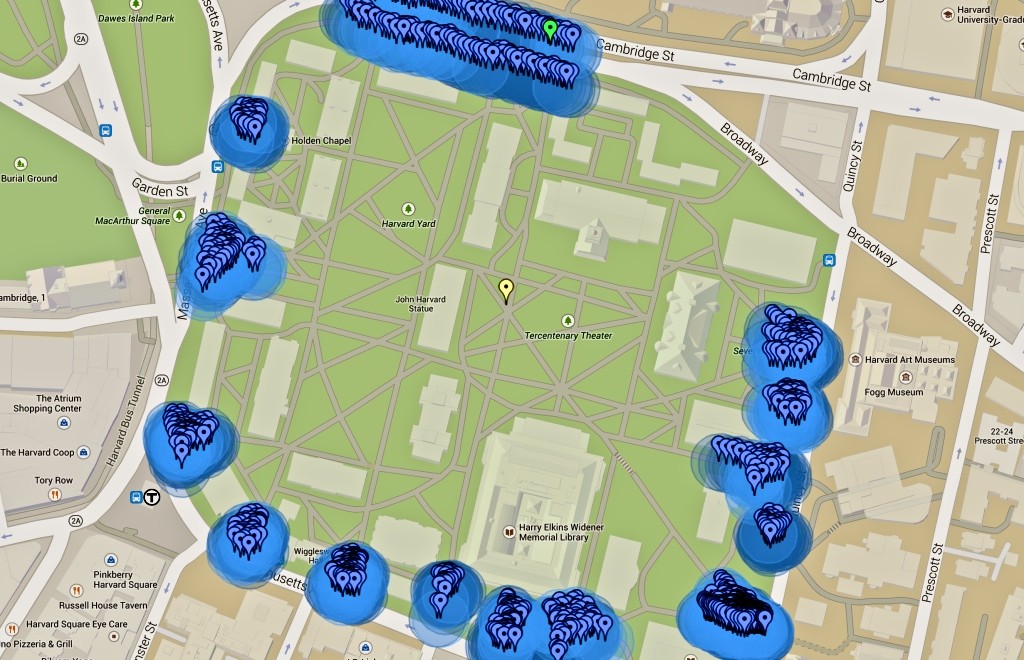